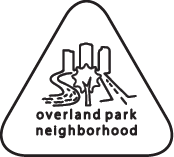 The South Platte River
The location of Denver is all about the Platte, for millennia the area's most attractive hunting ground for American Indians.  The primary native tribe encountered here by European gold seekers and settlers were the Arapahoe.  The Russell party placer strike just upstream of Overland in 1858 was the first significant gold strike in the Rockies.  News of the Russell strike helped set off the "59er" Colorado Gold Rush that eventually built sufficient population to cause Colorado Territory to be formed in 1861.

Montana City
Overland was home to the first platted town on the eastern slope of the Rockies, Montana City.  It was founded by a party from Lawrence, Kansas who wagon-trained west for gold in 1858.  On its site in Grant-Frontier Park a recreation and learning-themed environment, due for completion in 2016, will commemorate the settlement.

Potato Clark
In 1859, Rufus H. (Potato) Clark homesteaded the area now known as the Overland Golf Course, and operated a farm from 1863 to 1873. Mountain man Jim Beckwourth homesteaded just south. In 1883, the promoters of Denver Circle Railroad bought the farms and built a race track, which they named Jewell Park after a former Connecticut Governor, Charles A. Jewell, who was also a stockholder in the racing park and the railroad.

Overland Park
In 1887, the park was sold to a group looking for a site for a country club. The racing park was renamed Overland Park. Henry Wolcott bought out the other members and took over the park. He introduced the game of golf to Denver, and developed a nine-hole course circling the race track. Wolcott also rented the tracks, the links, and the clubhouse out to various organizations.

In 1901 the Overland Country Club was incorporated into the Denver Country Club and the following year relocated to the banks of the Cherry Creek. In 1919, the City and County of Denver began purchasing land for a park. It rented the race track and made a camp for motorists.  In 1930 the nine-hole Overland Golf Course was opened, and was expanded to eighteen holes in 1957.

Railroads Along the River
General William J. Palmer, who also founded Colorado Springs, constructed the first railroad tracks along the east side of the South Platte River in 1870. His company, the Denver and Rio Grande Railroad, introduced coal burning locomotives and doubled the speed of trains from 15 to 30 miles per hour over wood burning locomotives. His railroad brought manufacturing and business into what is the now Denver’s industrial crescent, which brought employment to the area.  The Denver, South Park and Pacific, a competing line to the gold fields begun in 1872 followed the Platte's west bank.  Both rights of way still carry rail traffic.

Broad Way
Thomas Skerrit cleared a “broad way” in 1871 from Hampden Avenue to Jewell Avenue to provide a road to haul produce from his orchard north to markets in Denver. The “Broad Way” was 100 feet wide and people immediately began planting trees along the side of the road.  As Broadway, it developed in spurts during the Silver Boom, after the World Wars with the Gates Rubber factory and Ford Assembly Plant and the Space and Arms Races of the 1950s.

Temperance
Rowdy roadhouses along South Broadway and Santa Fe, along with horse betting and revelry at Overland Park caused the incorporation of the prohibitionist Town of South Denver in 1886.  Intended for residents who were "temperate with money to invest," just eight years later it was annexed by Denver and the party was on again.  But in the meantime the the Colorado Seminary's University of Denver and John Collins United Methodist Church became realities.  It's worth noting that OPNA, which still meets in the John Collins Community Hall, began in response to a spate of massage parlors and topless bars in the 1970s.

Radioactive Shattuck
11 different sites across Denver showing radioactive contamination triggered a Superfund cleanup in the 1980s and '90s.  But the Shattuck Chemical Company location northeast of Santa Fe and Evans became the subject of a decades-long controversy when its privately owned low level waste was permitted to be disposed of on site rather than excavated and removed as were all the other ten hot spots.  For a time OPNA became practically a single issue organization fighting this blighting "remedy."  In 1998 Denver passed a citizen drafted referendum calling on its congressional delegation to work toward a true cleanup.  Two years later the six acre "Monolith" of concrete and radioactive soils was found not to be "protective of human health and the environment" in an intensely debated review.  By 2005 one of the most exacting cleanups in EPA history was complete, only to have projected development stymied by the Great Recession.

SoBo
$28 million in infrastructure revitalization on South Broadway has left us with a streetscape  worthy of any neighborhood.  The mixed-use development of the former Gates Rubber property will add great demand for the kind of eat-play-live businesses already infilling here.  Marijuana and other teas, antiques, coffee, cafés and cabarets mix with destination specialty shops of all kinds.  Still missing?  A grocery most could walk to – Evans Station is roughly equidistant from six groceries, all more than a mile distant as the crow flies, let alone as the shopper walks.

TOD at Evans Station
Considering that it was one of the first light rail stations to open (in 2000) the walkable new urban Transit Oriented Development ideal has been slow to gather steam.  The Burton snowboard distributorship was a toe in the door with a green reuse of old industrial property.  Then The Lofts at Evans Station added workforce housing in a structure honoring South Delaware's industrial past.  Soon The Studios at Evans Crossing rescued a century-old boiler factory.  If the former Shattuck property gets going a tipping point seems assured.

Affordable Housing
Overland Park is becoming a "limited time offer" of reasonably priced vintage residential housing stock and new construction.  Young families and singles drawn by South Broadway and the Greenway parks as well as bargain living are rapidly changing the demographics of the neighborhood.

Recreation in Nature
Cities cause stress as they grow and densify.  Overland Park isn't the fastest-paced part of Denver, but it offers a contiguous swath of public greenspace on par with the largest in town, and in many ways more natural.  Research shows "a walk in nature" to be effective first aid for urban stressors, physical exercise a key to longevity, commuting by bike path healthier than rush hour, and urban forest a boost for environment and sense of place.  These are some of the reasons the Greenway Foundation and Denver Parks and Recreation are investing big here.  Overland Pond Park, Overland Park Golf Course, Ruby Hill Park, Pasquinel's Landing and Grant-Frontier Park, all stitched together by the South Platte Greenway, form attractive recreation through Overland for the whole city – unusual for a middle class neighborhood.